Dissociation is when an individual is able to go through complex cognitive processes without explicit knowledge of what they are doing. Someone might suddenly become self-aware while in a completely unfamiliar place without having any idea of how they got there. The DSM-5 recognizes several types of pathological dissociation: depersonalization/derealization disorder, dissociative amnesia, dissociative fugue, and dissociative identity disorder.

In depersonalization/derealization disorder, one loses track of oneself or environment. Depersonalization is when a person feels disconnected from himself - he might feel like he is floating elsewhere, looking down on his body, or he might feel like events are happening to someone else. In derealization, the individual feels like everything happening to them seems unreal. Everybody feels this way sometimes, for instance after sleep deprivation or during a panic attack, but to be diagnosed with this disorder the individual must lose his ability to function in daily life due to frequent or severe symptoms.

In dissociative amnesia a person forgets very specific events of her life, generally something that is traumatic. To share something very personal, I was raped by my first boyfriend, and I am wracked with self-doubt about what actually happened (and whether it happened) because the memory has become so foggy. (I admit this very personal and humiliating bit of information not because I feel the need to share such things with strangers, but because there is so much stigma attached to women who were raped that it has become necessary to say "this can happen to anyone, it's wrong, and it's destructive.")

I know another person who, while in prison, was continuously attacked verbally and physically by one of the other inmates. At one point, my acquaintance grabbed the throat of her bully and began throttling her while screaming in her face. Afterwards, she left feeling that she had handled herself quite well, and that the argument had ended peacefully. She only discovered her behavior later, when other inmates told her what happened. These events can happen to everyone to some extent, but in order to be diagnosed with dissociative amnesia the symptoms must cause significant troubles in dealing with daily life.

A more serious condition is a dissociative fugue. This is a state in which a person completely dissociates from their consciousness and forgets pieces or all of his past. Days, weeks, or years later the person might find himself in an unfamiliar environment, working another job, or living a whole new life. I know someone who experiences a less extreme case of fugue in which he will lose awareness for hours at a time and suddenly become aware of himself in awkward situations (missing clothes, banged up car, etc.) 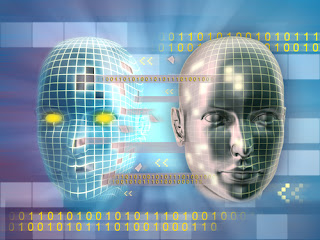 Dissociative identity disorder (DID), formerly known as multiple personality disorder (MPD), is another mental illness that is popularized in books and movies - usually with rather trite effects. (I mean come on, how many murder mysteries need to have the murderer be someone's other personality?) DID is the most extreme of the dissociative disorders. It is characterized by two or more distinct personalities that have different ways of thinking and behaving. They also might have different personal history, self-image, name, sex, handedness, sexual orientation, eyeglass prescription, language, or age. There is generally an identity which most often presents itself, called the "host identity," which may or may not be the best adjusted of the identities.

One of the reasons the term "multiple personality disorder" was dropped was that it gives the impression that the affected person has separate identities making them more than one person. Actually, it is more like the affected person is fractured and is less than whole. People with DID might exhibit a slew of other symptoms such as depression, self-mutilation, suicidal behavior, headaches, hallucinations, and PTSD.

According to the posttraumatic theory, the cause of fracturing is due to a traumatic event, usually during childhood. DID may be a coping mechanism in which the child can forget that something horrible has happened, or believe that the horrible thing is happening to someone else. Another theory is the sociocognitive theory, in which therapists inadvertently convince highly suggestible, hypnotized, patients that they have more than one personality. One argument for the sociocogntive theory is that "normal" patients can adopt multiple personalities under hypnosis. Also, many patients diagnosed with DID did not show obvious signs of DID before diagnosis. I tend to be a proponent of the sociocognitive theory, though I believe that the posttraumatic theory is probably true for many cases.

Over the years, the prevalence of DID has increased dramatically. One reason for this is the 1973 release of Flora Rhea Schreiber's Sybil, which depicted a woman with 16 separate personalities. The book, and subsequent movie, made a dramatic splash in popular culture as well as psychological circles. Highly suggestible patients began to wonder if they, themselves, had more than one personality, and these imaginings were encouraged under hypnosis by over-eager psychologists. The case of Sybil was since then discredited - for more information you can read Sybil Exposed, by Debbie Nathan - however, this discovery of fraud came too late for the MPD movement. It was about this time that the DSM-III recognized MPD as a mental illness. The DSM-III also tightened the criteria for schizophrenia so that people who had been previously diagnosed as schizophrenic were now diagnosed with MPD.

There is a controversy about whether DID is real or faked. Because of episodes like Sybil, and because some people fake DID in order to get out of prison sentences, and because some over-eager therapists might be accidentally planting personalities into the mind of highly suggestible hypnotized patients, DID diagnoses are viewed with skepticism.

Another symptom that clinicians are skeptical of is retrieved memories of abuse. Patients do not remember the abuse before they are treated, but upon probing begin to remember abuse as a child. These memories are real in the mind of the patient, but they might not be grounded in truth. Memory is frighteningly suggestible. Something I was highly suspicious of when I was reading Sybil as a teenager is her recovered memories from the age of 2 and earlier. Really? She suddenly remembers forgotten things that had happened to her when she was 2? Although I hate to discount the horror of sexual abuse, I also hate to see innocent people falsely accused of atrocious acts.

I, myself, am skeptical of DID, as mentioned in an earlier post. It's not that I don't believe in DID hands down, only that I tend to think more cases are formed as described by the "sociocognitve theory." However, due to the fact that part of my goal in this blog is to decrease stigma about  mental illness, I now feel a little ashamed of my skepticism, despite the fact that some clinicians express the same skepticism. I think I might read a few books on the subject and reevaluate.