Does the DSM-5 encourage overmedication? 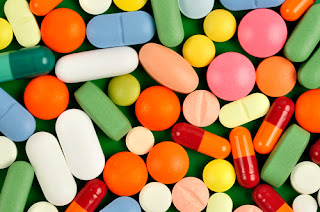 Oh, the irony of life - I clicked on a link to read an article by Dr. Allen Frances (chair of the DSM-IV task-force and author of Saving Normal: An Insider's Revolt against Out-of-Control Psychiatric Diagnosis, DSM-5, Big Pharma, and the Medicalization of Ordinary Life) - and I was forced to wait through a 15 second advertisement on a psychiatric medication. This is exactly the type of thing Dr. Frances complains about. People have "too much" access to information that they are not trained to understand. Dr. Frances urges the public to beware self-overdiagnosis. (This could also be referred to as cyberchondria.)


Before the publication of DSM-5 Dr. Frances strongly argued against many of the changes proposed...he even admitted that there were some mistakes made in the DSM-IV. One of his main arguments is that the DSM-5 added many new diagnoses that could push people formerly considered "normal" into the disordered range. For instance, disruptive mood dysregulation disorder is a new diagnosis for children who have too many temper tantrums; internet gaming disorder is a diagnosis for hard-core gamers. The DSM-5 also rejected the bereavement exclusion, which had previously discouraged clinicians from diagnosing major depressive disorder in people who had undergone a major loss in the past two months. 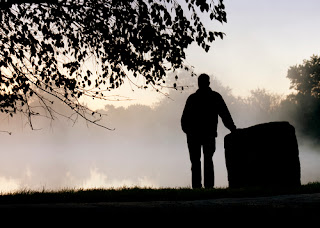 At the time that DSM-5 was being written, media pounced on the omission of the bereavement exclusion, claiming that people who were going through a natural process of grief would be stigmatized by a "mental illness" diagnosis. But is this really what happens?

The 2012 study The bereavement exclusion and DSM-5 concludes that the symptoms of bereavement aren't fundamentally different from those of major depressive disorder. If the grieving individual's symptoms and impairments are as severe as a person with major depressive disorder, they may benefit from treatment - and treatment requires a diagnosis. The purpose is not to throw drugs at every bereaved soul that walks through the doctor's door. In fact, most people who are bereaved will not go into their doctors because they think their symptoms are "normal." Those that go into their doctors are most likely suffering from more severe symptoms which might need to be treated.

In his 2013 PsychCentral post How the DSM-5 Got Grief, Bereavement Right, Ronald Pies argued that clinicians will not have to diagnose major depressive disorder in grieving patients, but they will be able to if such a diagnosis would be beneficial.

On the other hand, Allen Frances argues in his 2013 Psychology Today post Last Plea to DSM 5: Save Grief From the Drug Companies that the "medicalization of grief" will provide more "normal" patients at which to fire Big Pharma's semi-automatic pill-dispensing guns (that's not a direct quote). It will be a huge profit to the drug companies, but will the over-medicated grievers really be helped? Frances insists that we should focus our attention on the more severely mentally ill, who are in more need of treatment, but who are being lost in the bonanza of over-diagnosis.

Frances argues (understandably, since he was chair of the DSM-IV task-force) that there was no problem in the DSM-IV bereavement exclusion, why fix what isn't broken? We should let the bereaved grieve with respect and dignity. If they were severely impaired, they were still diagnosable for major depressive disorder, so there was no need for change.

Here's my conundrum: Who's right? Ronald Pie or Allen Frances? With the DSM-IV were doctors just as capable of diagnosing a bereaved individual with major depressive disorder if necessary, as Dr Frances claims? If that truly is the case, then I'd say he's right. Allowing too much freedom in the diagnosis might encourage general practitioners - who, despite their relative ignorance of mental illness compared to psychiatrists, are the go-to doctors for anti-depressants and anxiety meds - to over-diagnose and over-medicate. Generally, allowing the natural grieving process to progress is the best way to heal.

What concerns me about the bereavement exclusion, though, is that grieving patients who have some severe symptoms of major depressive disorder (persistent insomnia, weight loss, profoundly impaired concentration), but who do not admit to suicidal ideation would not be treated for depression. It is too likely that such patients are not entirely honest about their suicidal ideations, and the doctor may therefore miss this crucial criterium for diagnosis. Are we "better safe than sorry" - providing treatment to people who might not need it? Should we risk overmedicating and supporting the "evil" Big Pharma?