Sense and Sensibility and Payphones 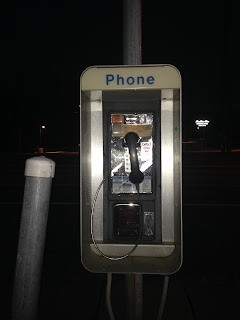 I thought I'd share a picture of this relic I happened to find. Just in case you're strolling down the intersection of Dale and Lexington in Roseville one night, need a phone, don't have yours, happen to remember the number you're calling, and have a quarter with which to make that call.


This was a good week. I went to Sense and Sensibility with my mom and best friend - and we loved it. It was the Kate Hamill adaptation so Elinor was a bit more lively than I'm used to. But it was a fantastic production and I'm so glad I got to go. If I had the money, I'd do it again this week! But, alas!

Today I was planning on going to a corn maze with my boyfriend and nephew but it seems that plan is out (it's supposed to rain). So it'll be a lazy day for me.

I have fantastic news. I was beginning to think that Nonfiction November wasn't going to happen this year, but Katie at Doing Dewey set it up last minute. For more information, check out her post.

This week I finished volumes 4-9 of Chi's Sweet Home by Kanata Konami, the last two volumes (11-12) of Death Note by Tsugumi Ohba, Gods Behaving Badly by Marie Phillips, and Men We Reaped by Jesmyn Ward. 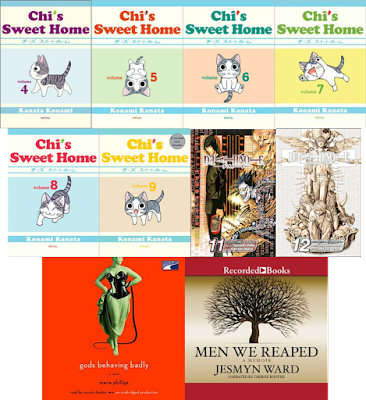 I set aside Kugel's How to Read the Bible in favor of The Righteous Mind by Jonathan Haidt, which I'm going to try to finish by the end of November (no bad feelings if I can't). Haidt's book is about the psychological and moral reasons behind the polarization of America. I'm also reading The Price of Silence by Liza Long, which is about the state of the mental health system in America, and Neurotribes by Steve Silberman, which is about the history and present of Autism. (I thought I'd had a nice variety for Nonfiction November, but upon typing this up all three are about psychology and social awareness. Sigh.) Neurotribes is a November readalong over at Doing Dewey. You're welcome to join in. My real life book club choice is The Stand by Stephen King, and my serial read is North and South by Elizabeth Gaskell. 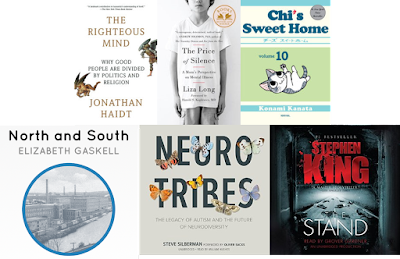