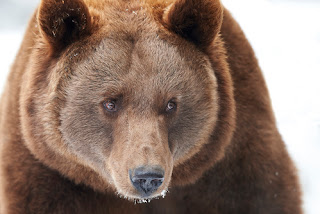 Well, it's certainly been a while, hasn't it. I haven't been blogging lately because I fell into an interviewing / reading / blogging funk. Interviewing is such a draining process! But the good news is that I got a good job at a major dialysis company and have been training there for about two months. So it's time to re-emerge. That's my big news for over the last couple of months, so I'll just settle down to a weekly update now:

It's been quite the week! I came down with some sore throat / cough illness early in the week, and it's just lingering on - so I won't be able to donate platelets as planned on Labor Day. (I know, I get sick a lot, don't I?) :( Also, I've run into problems with the police. Remember how I bought a new car in March? Well, I traded in my old car, but something went wrong with the transfer of the title or something illegal happened because I'm now being investigated for a hit-and-run on top of notifications that the car has been impounded! They're threatening citation and reports to collections, which would affect my credit. On top of that, I wanted to order flowers for my friend's mom's surgery, and I kept running into problems and 1800flowers called me up and canceled the order, and said they refunded me. But I've got TWO (not just one) charge on my bank card, so I need to call them up and figure THAT out. Also, I went to back up my computer and found that my back-up hard drive was shot! I lost some stuff. Luckily, I have a back-up back-up, so most of the stuff is still on there - I lost a few things because people made fun of me for having a back-up back-up, so I stopped using it recently. :)

Today I'm going to the Renaissance Festival with my friend and boyfriend, though to be honest I'd rather be sleeping off this illness. Hopefully it'll be fun, anyway. I'll probably perk up once the morning blues have worn off. :) Tomorrow I'm going to the AMC theater showing of Willy Wonka and the Chocolate Factor AND Blazing Saddles. I have two tickets and hoping my friend will be able to join me, but her mom gets out of the hospital tomorrow and we're not sure she'll come. So I might have two tickets but go alone if I can't find anyone. I'd still enjoy it. :)

On the reading front, I finished two books this week: Harry Potter and the Sorcerer's Stone, by J. K. Rowling (for fun book), and Red Queen, by Victoria Aveyard (book club). Reviews to come. As far as I remember, I haven't watched anything worth mentioning. 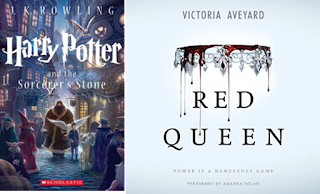