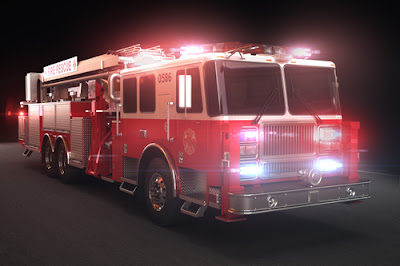 This was a busy week in my world. I spent a good deal of this week studying for an upcoming exam in my EMT class. I also spent some time with a friend who's going through some hard times. Due to a post by Bryan over at Still Unfinished, I decided that during Lent I would dedicate one more day per week volunteering at the crisis hotline - that makes two days a week during Lent. I also had a ride-along with a fire department on Thursday. That was loads of fun - meeting the fire fighters (modern day heroes) and going on medical runs with them. Most of the runs were to nursing homes,  but we had one home visit. Wish I could share more, but due to privacy laws I can't. But I'm very grateful to the guys that made the run a great experience.

As for exercising I didn't get as much done as I would have wished. I exercised a couple of days, but was incredibly busy on other days and was unable to make it in to the fitness center. There's always today, right?

As many of you know, I'm reading modernist literature for the Reluctant Romantic Challenge hosted by Katie at Doing Dewey. This week's update questions are:

Have you read any books in the genre you’re trying before this month?

According to a tag search on LibraryThing, I've previously read only one book considered modernist - The Trial, by Franz Kafka. I was surprised when I discovered this deficiency, and that's why I chose modernism as this month's theme.

What books have you read in this genre so far this month?

So far, I've read Mrs. Dalloway, by Virginia Woolf; A Passage to India, by E. M. Forster; and The Reivers, by William Faulkner. All were very enjoyable books, and I'll get the reviews out soon.

How is your experience with this genre this month going? 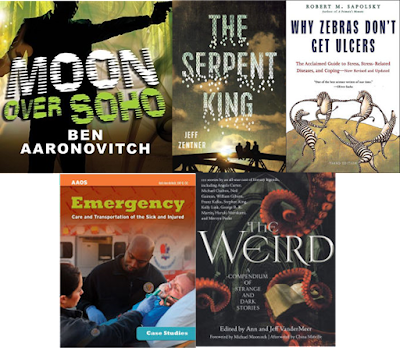 Yes, I know that list hasn't changed much in the last few weeks, but I'm doing the best that I can! 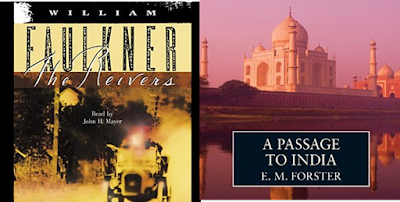 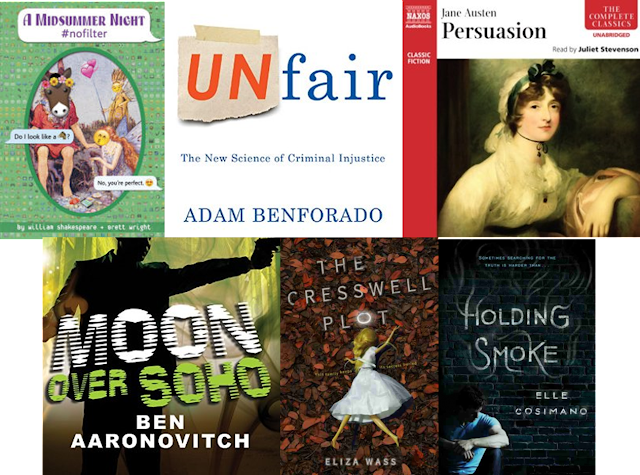 A Midsummer Night #nofilter is a rewriting of Shakespeare's A Midsummer Night's Dream in teenage texting format. My dad bought it for me because he thought it was funny. I'll probably read it next week. Unfair was an Audible Daily Deal. It is about the failings of America's justice system, which is a subject I'm very interested in right now. Persuasion and Moon over Soho I bought because I've decided that I've fried my brain on modernist literature this month, and I needed something lighter. But I couldn't decide WHAT I wanted to read. The Cresswell Plot and Holding Smoke are both granted wishes from Disney-Hyperion publishing group through NetGalley. I had intended on not reading any more ARCs for a while, but I can't resist signing up for wishes, which are supposed to be really hard to get. I've been granted 3 wishes this month, though, so the hard-to-get theory is going out the window.

This update is posted to Stacking the Shelves @Tynga'sReviews, Sunday Salon, Sunday Post @CaffeinatedBookReviewer,   and It's Monday What are You Reading @BookDate 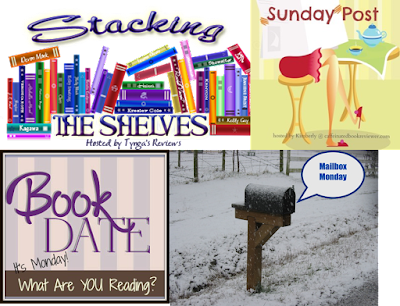