Unions - are they still beneficial? 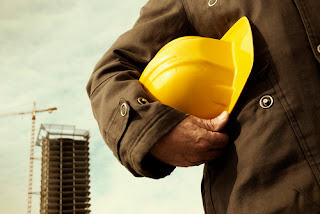 So my employees are in a labor union. They've let me know that they don't like being in a union because they have to pay union dues to have rules they don't like applied to them. But it seems their opinions depend a lot on WHAT rules are being enforced.

Here's a problem I ran into. I hired a new employee and made some minor changes to the schedule of my senior employees - not knowing this was a big no-no. (I've only been in a union building for a month, I haven't learned the ins and outs of the rules, but I have no intention of breaking rules or of taking advantage of my employees.) Keep in mind, I'm stuck between a lot of demands - I have my employees demanding their union-reserved rights. I have the Executive Director of my building strongly hinting that I need to stop working housekeeping and laundry shifts every other weekend so I can concentrate on my own work. And I have my District Manager only allowing me a certain number of labor hours per pay-period.

When my senior employees saw the changes, they got really upset and started complaining to everyone in the building. As soon as I realized how upset they were, I called my District Manager and worked something out so that everything was back to the way it was (thankfully he increased my budget for labor hours). My employees were happy, I was happy, and my DM was grinning and bearing it.

Despite the quickness of our response, the damage had already been done. The union steward at our building called the union - without the permission of my employees.

Then, another problem occurred!

A few weeks ago I'd asked one of my employees if she'd be willing to switch weekends - this would allow her to work in laundry, which she preferred to housekeeping, and make my ED happy that I wasn't working weekends anymore. I asked her: would you like to work two weekends in a row or have two weekends off in a row during the transition? She chose to have two weekends in a row off. This week, when the transition is occurring, I asked her if she wanted to use her vacation time to make up for the hours she's losing by not working this weekend. She chose to take the vacation time.

Unbeknownst to me, this conversation took place in front of the union steward. I had no idea this woman was the steward, had no idea she'd called the union earlier that day, and wondered why on earth she was giving me the stink-eye.

Well, she called the union again, and told them that I had made my senior employee not work her assigned weekend so I could train in a new employee; that I had then told the senior employee that she had to use her vacation time. Now, I understood what was going on. My employee understood what was going on. But the union steward assumed the worst and intervened without asking my employee her opinion.

So today I get a mess. I have this huge black mark on my record because of two grievances against me. I'm going to have to go to an arbitration to state my own side. My employees are going to have to give statements saying that they are fine with what has happened. My time is wasted, my employees' time is wasted, and my record is blackened. All because the union steward took it upon herself to call the union.

Another annoying thing about this issue. I can't address the issue with the union steward and explain that she misunderstood, because then I'd risk another grievance about "retribution." The woman feels self-justified and is walking around giving me the stink-eye. I can't give her the stink-eye back, because then I'd risk a "retribution" grievance. So, instead, I feel compelled to look at the floor every time I pass her. Which makes me look guilty, and increases her sense of self-justification.

Now, I ask you, is this a situation in which the union helped? No. No one involved is happy - except maybe the steward who gets to give me the stink-eye.

I understand that unions saved a lot of lives back when they were first established - and for that I am grateful. And it's nice that my employees start at a good $1/hour more than the workers in my last (non-union) building and get raises more frequently. I applaud this. But when do the problems due to red-tape outweigh the benefits? I wish I knew an answer to this question.